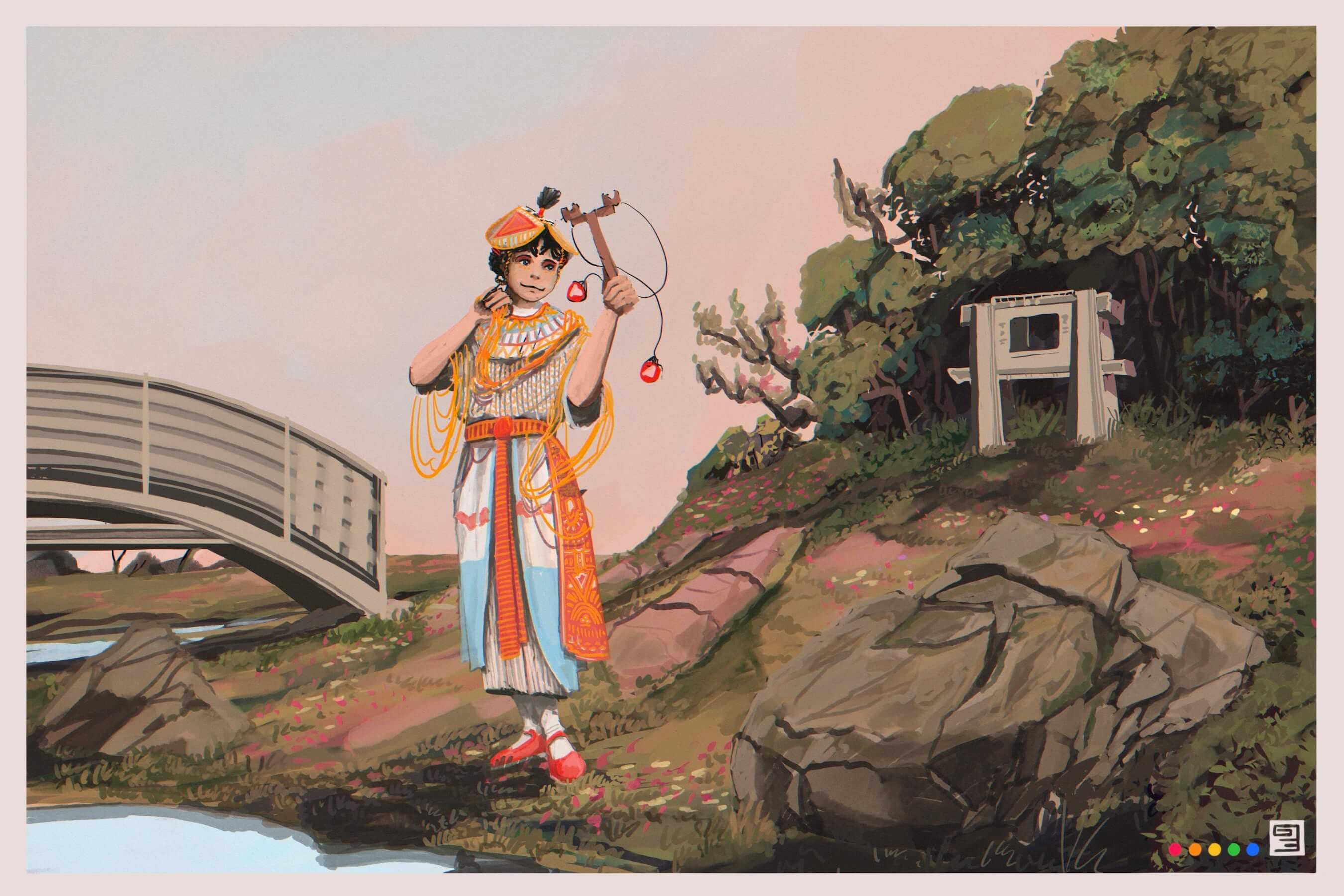 This article draws on many concepts broadly, with meandering interest in the same way you might hold a conversation. The purpose of this article is to introduce an alternate perspective on Vekllei thinking, and provoke the buried understanding that these people understand the world in fundamentally different ways. What is history for you is not history for Vekllei, and what land means to you is not what land means in Vekllei.

⚠️ This article is evolving, and will be expanded in future.

In Vekllei, “history” as it is presently conceptualised is not continuous or inevitable, and the island country has been excluded from history as an invention of 19th century Europe. This article seeks to document the ways the so-called ‘Vekllei perspective’ bucks historicist assumptions about history, progress, and many features of observable reality by depicting their differences.

It is important to remember that Vekllei was ’left alone’ for many centuries by the European and later American continental powers, except as an entrepôt with foreign contact restricted to trading ports. The isolationist 3rd Commonwealth, known under many names but referred to colloquially as a series of junta parliaments or juntas, did not really resemble a unified kingdom-state but instead a series of disparate clans with distinct cultural, ethnic and religious backgrounds with commonhoods developed in isolation. This tradition continues to exist today, to the surprise of foreigners. Vekllei uses phrases and names for its government and subordinate state ministries that, when assembled together, resemble a highly centralised and powerful city-state. In reality, the Vekllei state better resembles a thousand villages, across many islands, united in a series of timid councils and shallow departments. Many wonderful features of Vekllei are not architected but inherited from several thousand years of isolation and anger.

It is worth considering that nearly 40% of Vekllei people today were born overseas, and the population of the country has increased from 11 millions in 2015 to 24 millions in 2063. These new Vekllei citizens, called rosmehn or ’new neighbours,’ are from all over the world, and mostly came to Vekllei for political or economic reasons to participate in the opportunities apparent in the building of the 4th Commonwealth. Of course, these cultures have not inherited Vekllei metaphysics or its millennia of assumptions about the world immediately. Their children, however, are taught in a Vekllei curriculum and are already becoming exposed to these ideas. It is too early to tell exactly how this dramatic shift in population will affect future metaphysics in Vekllei, but there is no evidence yet to assume total destruction or total assimilation. Likely, these cultures will be influenced by existing Vekllei ideas and will become distinct from their home cultures.

It is important to clarify then that references to the ‘Vekllei person’ in this article assume a belief in traditional metaphysics, as well as Upen. This article documents traditional beliefs rather than a total and contemporary reflection of the assumptions of all Vekllei people, who are more numerous and more diverse than ever.

At the root of realism there must be passion; without passion it is hard for there to be anything more than description for the sake of description.

Vekllei people do not generally understand the natural world as seperate from themselves. Physical landscape is, intuitively, understood as a reflection of their interior selves, and extends outwardly and limitlessly. Unlike modern assumptions, which consider physical reality to be external and thus able to be depicted objectively and realistically, Vekllei people to not distinguish between external and internal realities, and consequently do not have default conceptualisations of exteriority and interiority. This epistemic feature means that many subsequent concepts do not really exist in Vekllei – categories of human beings like ‘children’ and ‘young adults,’ literature and sickness.

To clarify, it is not that those things do not exist in Vekllei – this article refers only to the perception of features of life and to what they are assigned. The mythologising of illness; the casting of others as characters; the categorisation of culture into movements and eras; the linearity and historicism of history and progress. It is these things, foundational and apparently timeless in Western imagination, that are absent in Vekllei.

When people talk about ‘alienation from nature’ in a Vekllei context, they do not mean it in a physical sense (as in urbanised living) but in a transcendental sense, as the natural world being objectified and externalised. This is clear in the Vekllei tradition of poetry, or ensaga, in which no distinction is given between narration and speech.

Once a landscape has been established, its origins are repressed from memory. It takes on the appearance of an “object” which has been there, outside us, from the start. […] Rather than existing prior to landscape, subject and object emerge from within it.

These assumptions contribute to the uniqueness of Vekllei as a contemporary culture and nation-state, and significantly to its land-metaphysics. Vekllei animism, both as religious feature of Upen and a secular cultural feature, is informed by the absence of conceptual segregation of the interior and exterior, and the person and the natural world. Similarly, Vekllei logographic writing is not subordinated to Vekllei phonetic speech, and so its transcendental visual representations of concepts informs how Vekllei people consider those concepts – that is, transcendental and thus personal. A mountain is depicted visually in topet as all mountains and any mountain, rather than an objective place with existing, externalised features.

Together, these facts account for many decisions made in the building of the post-war 4th Commonwealth, and also work unseen to produce the aspects of Vekllei society that are well known overseas (and are to some extent mythologised in the orientalist tradition).