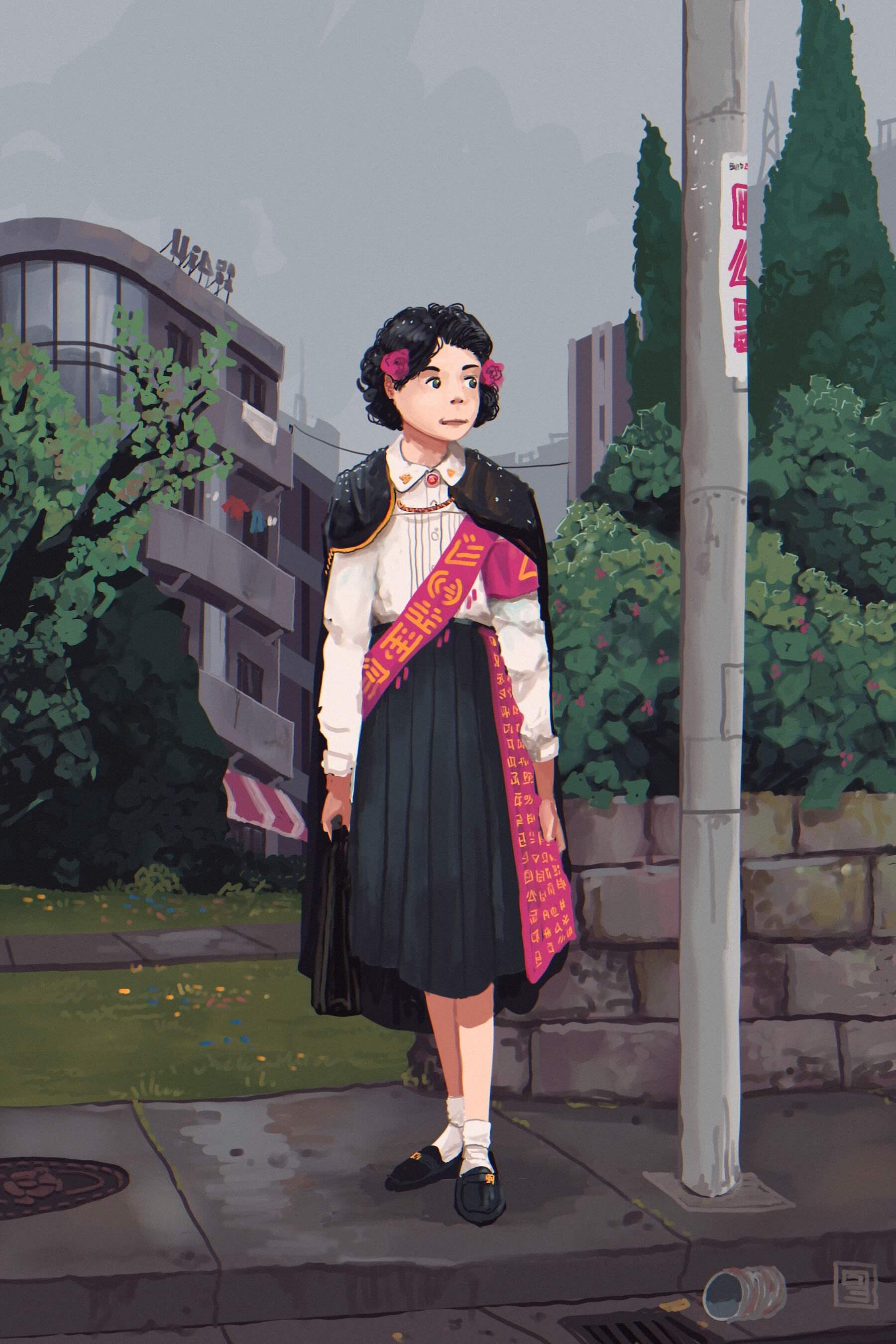 She was in Lo, at the end of its winding river, standing in the place where the interior rains met the warm currents of the ocean. A mechanical clicking annoyed her but she could not tell if it was coming from the telephone exchange box or the electric street light above her head. It had just rained and it was a cold rain, so the air was sharp, and hurt and excited her lungs.

She had a toothache but wouldn’t go to the dentist. For one, she did not like dentists at all. They were much like doctors. She did not trust them. It was easy to forget that Tzipora had many simple opinions that betrayed her class of person. Also, she had a medical checkup each year that lasted a couple days. It was not far away now, and she’d rather get it all out of the way at once. If it became unbearable, she thought, she could always medicate it herself.

It would soon be winter, and the days were shorter now. The sun went down at four, and soon it would be dark by the time she got out of school. She hated the dark and hated the cold. She thought about going abroad to a place with better weather. Maybe she would go to Barcelona and learn what it meant to be continental — people always told her she looked like a gypsy. To bake bread and drink well and marry a soldier. Maybe she could ride with the gypsies, and travel in a wooden caravan, singing and dancing in a long skirt.

And so on. And she would write letters back to Cobian and the rest announcing her adventures.

“This week has been difficult,” she might say, “the French have crossed the Pyrenees and have besieged Pamplona. I have decided to take up arms to rescue my beloved husband, and have found passage there with a column of volunteers. Please send prayers and money.”

The leaves were starting to turn, and you found them heaped in gutters where the water drained. Her tooth was hurting. There was an emptiness inside her.