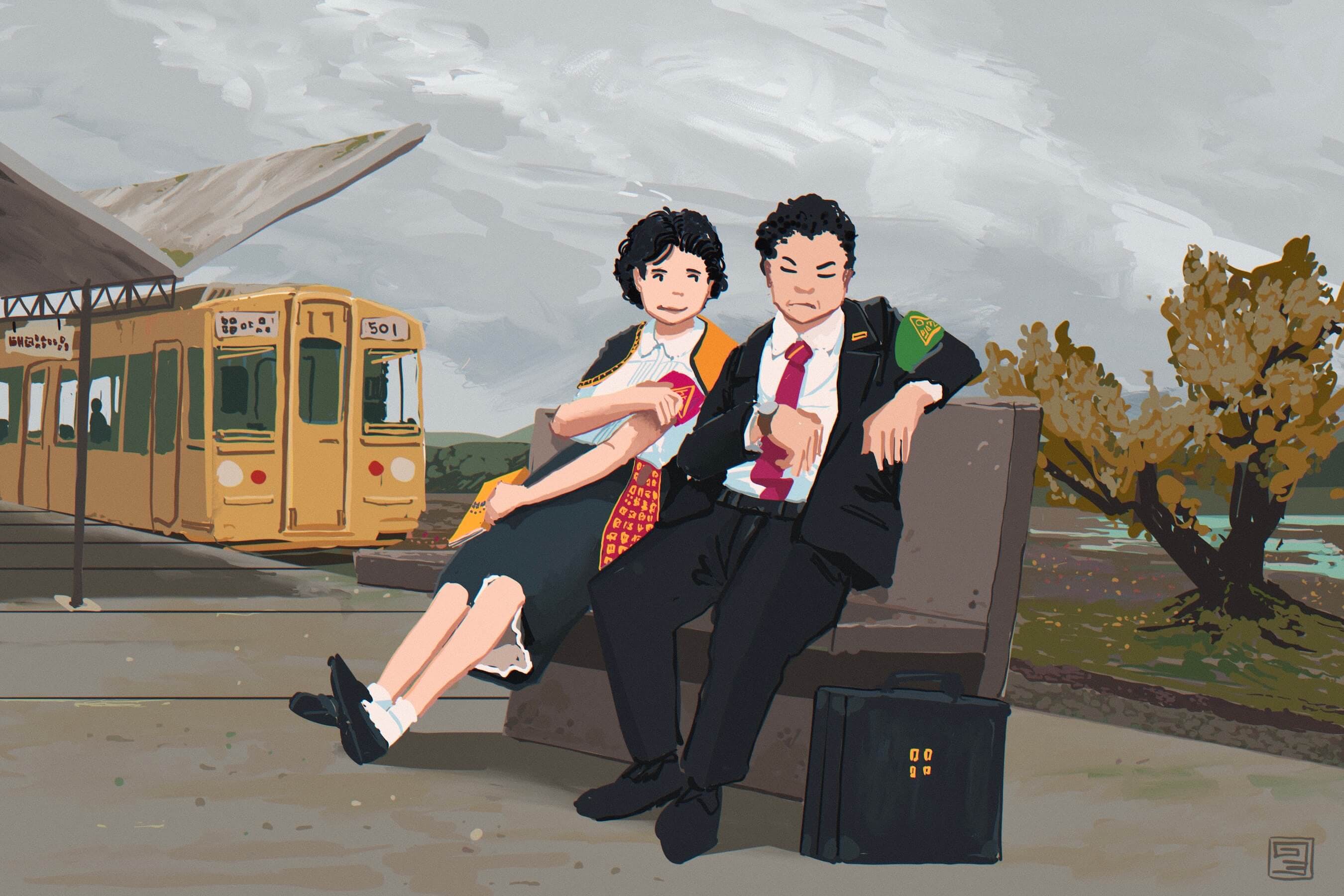 Out on the branch lines there are in-between stations. Sometimes they emerge out of history as relics of dead and dying towns overlooked by the timetable. Others are a quirk of the rail company machine – workshops and line junctions where people switch trains. As you get further and further out of the city, and the trains get older and older, these in-between stations become more common. Between Yana and Kotaismoyeh there is an irregular line serviced by steam trains that are over a hundred years old. Vekllei National Rail thinks in centuries.

There is, perversely, a cultural incentive in Vekllei to prioritise experiences over efficiency or productivity. In Vekllei, the company is responsible for not just a material product but an emotional service to its employees and customers, which makes up part of the bizarre social theatre of the Vekllei economy. Vekllei National Rail has the means to rework its rural timetables, modernise its rolling stock and build faster lines. These features are a straightforward economic benefit and a convenience to the people who travel with them. But that is, as the Vekllei colloquialism goes, “thinking like an American.” Companies in Vekllei, year after year, become more inefficient, apathetic, and playful. Not simply because they are badly managed or poor, but because they have a human emotional interest in cultivating the “new way of living” – the Floral Period way of living.

In this system, steam trains continue to run not just because they are objects of history and sentimental to their ridership, but because they are old, easily physically conceptualised, and slow. So too are under-utilised routes serviced. It is not that Vekllei National Rail is unaware of their inefficiencies – Vekllei National Rail is in fact asserting its cultural priorities on you, and expects you to weather those inconveniences. If that sounds sinister, it shouldn’t – every aspect of Vekllei society is like this, and contributes to the richness of their lives. In one sense, it is manipulative and managing, but the opposite is also true – to scrap old rolling stock, rebuild lines and close stations would also coerce people into new journeys and places. You only need to look at the alternative mindset in America, where wealth and accessible consumerism has, by the late 21st Century, stripped out most of what makes life worth living. Their lives are more convenient and empty than ever, which has contributed to a cultural slump that in part spurred the collapse of Ford and the Dallas Secession.

Tzipora sits at an in-between station and she understands this. This is what makes Vekllei National Rail so smart, she thinks. There is a direct, tragic parallel between the collapse of the Ford Motor Company and why she is waiting forty five minutes for the steam train to the village of Vos. Vekllei people don’t realise it because they are immersed in their own intricate ways of thinking, and they will never understand living in the shrill, hedonistic fantasy of the middle class. Being so wealthy and so empty that you’re sitting in a motel room trying to figure out if you want to–

“This sucks. How much longer?”

← Contrails
Lunch in the Park →
Archived from the original article here